Autoimmune reactions reflect an imbalance between effector and regulatory immune responses, typically develop through stages of initiation and propagation, and often show phases of resolution (indicated by clinical remissions) and exacerbations (indicated by symptomatic flares). The fundamental underlying mechanism of autoimmunity is defective elimination and/or control of self-reactive lymphocytes. Studies in humans and experimental animal models are revealing the genetic and environmental factors that contribute to autoimmunity. A major goal of research in this area is to exploit this knowledge to better understand the pathogenesis of autoimmune diseases and to develop strategies for reestablishing the normal balance between effector and regulatory immune responses.

Autoimmune diseases are a significant clinical problem because of their chronic nature, the associated healthcare cost, and their prevalence in young populations during the prime of their working and peak reproductive years. Current therapies, such as cytokine antagonists, have shown great promise in treating many of these diseases. TNF-α antagonists have changed the course of rheumatoid arthritis, and other cytokine antagonists are showing impressive efficacy in various other diseases (1, 2). However, most of the current therapeutic agents target the terminal phase of inflammation and do not address the fundamental problems that are responsible for the initiation and progression of the autoimmune process. In most cases, this necessitates continued and sometimes life-long therapy, resulting in an increased risk of malignant and infectious complications. Tackling these diseases at their source will require an understanding of how the abnormal immune reactions arise, how they are sustained, and the intrinsic mechanisms used to suppress these responses in healthy individuals.

Autoimmune diseases vary greatly in the organs they affect and in their clinical manifestations, with some being limited to particular tissues and others being systemic or disseminated. Despite these variations, all autoimmune diseases are believed to go through sequential phases of initiation, propagation, and resolution (Figure 1). All stages of autoimmune disease are thought to be associated with a failure of regulatory mechanisms, with the resolution phase defined by a partial, and in most cases, short-term ability to restore the balance of effector and regulatory responses. Augmenting regulatory mechanisms and establishing robust and long-lived disease resolution is a goal of new therapeutic strategies. 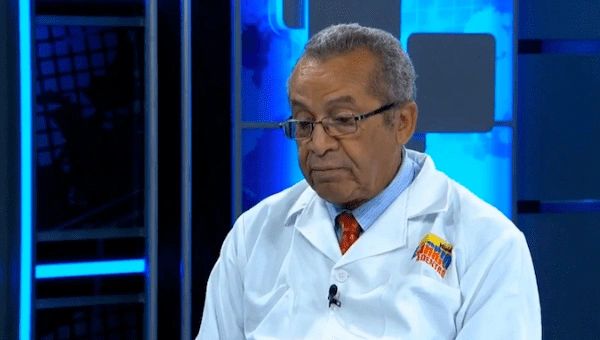 Cuba has mobilized its medical corps around the world to distribute a new "wonder drug" that officials there say is capable of treating the new coronavirus despite the United States' strict sanctions that continue to pressure the communist-run island.

ImmunoTherapy is the Best protocol for Autoimmune Diseases

What is Coley's Toxins Immunotherapy?

The Immunology of Lupus and autoimmune diseases

Narcolepsy is an autoimmune disorder

What are Interferons Alpha, Beta, Gamma?

What are Autoimmune Diseases?